Home > About Us > Scholarship Program

We are proud to support members of the community enrolled in post-secondary education with the opportunity to receive a scholarship.  Check back in 2023 for our next scholarship application. 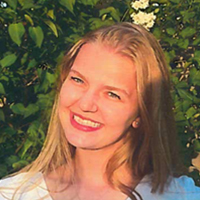 Aleksa is pursuing a Bachelor of Science, Honours degree at Queen’s University in the Life Sciences program to further her goal of working in the medical field. Her interests and volunteer work run the gamut from traditional dance and playing the kankles (a traditional Lithuanian musical instrument) to playing basketball and providing leadership at many youth camps. She is also a long-time volunteer at local nursing homes. In all these roles she is admired for the enjoyment she displays in the work of caring for her community. We wish the talented Aleksa all the best with her studies! 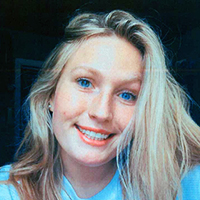 Makana is pursuing her Bachelor of Science in Human Kinetics at the University of Ottawa. In addition to supporting her studies through a part time job at Sport Chek, she is a Board member of the University of Ottawa’s Outdoors Club, serving as the Executive Winter Program Planner. In addition to volunteer work with the Lithuanian Sea Scouts and Camp Kretinga, Makana volunteers her time to assist with the Bolton Fair and as a race marshal to raise money for disadvantaged people in the Dominican Republic. We wish Makana well with her studies! 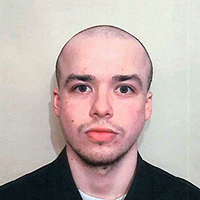 Andriejus is pursuing his objective to be a sports broadcaster at Ryerson University’s Sport Media program. He volunteers on the Ryerson broadcast team, working in a number of roles essential to the delivery of live coverage of Ryerson sports on the Ryerson radio station. He also helped his professors to establish a safe and efficient way to continue classes during the pandemic. In his spare time, Andriejus dances with Gintaras, is active in the Scouts community and volunteers at numerous Lithuanian camps. We look forward to hearing Andriejus on major market radio! 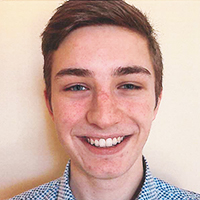 A student at the University of Waterloo, Aistis is enrolled in the Honours Computer Science program and is studying to be a software developer. A sports enthusiast, in high school Aistis was a member of the Athletic Society, captaining the volleyball team and played on the basketball team – winning awards for outstanding sportsmanship and skills. At university, he participates in the school’s intramural basketball and volleyball leagues. In the Lithuanian community, he has volunteered extensively with the Lithuanian scouts, where he is admired as a leader and participates in the Gintaras dance group and Ausra basketball. We wish Aistis all the best in the future! 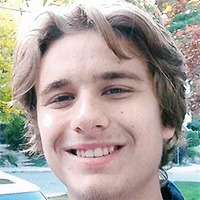 Andrius is in the Environmental Sciences program at the University of Guelph. At the time of writing, he is on a Co-Op placement as a Research Analyst with the Ontario Ministry of Infrastructure. Andrius spent several evenings at the Fred Victor Mission and Good Shepard Ministry helping feed the homeless, an experience he found profound. Andrius’ involvement with the Lithuanian community includes acting as camp leader at Romuva. He also led a team of students through large and small scale painting projects as part of the Student Works program. Andrius – keep doing that good work! We wish you all the best for the future. 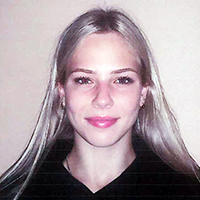 Diana is a student at Queen’s University in the BAH General Arts and Science program. Her objective is to be a psychologist or even a Health Ministry Director. She has trained and participated in Ausra basketball and assisted as camp counsellor at the Vytis basketball camp. As a member of the Etobicoke Thunder– a 2x gold and 1x silver medalist team, receiving an MVP in one tournament. We wish her all the best with her future studies! 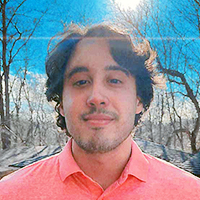 A student in the Honour’s Commerce program at McMaster University, Julian has his goal set on being in investment banking. In the meanwhile, Julian kept himself very busy with jobs at Loblaws and Lambton Golf and Country Club and over the winter, building outdoor ice rinks. Through out his childhood he attended camps and played Ausra basketball. We wish him the very best for his future in the finance industry! 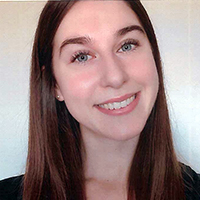 Melanie is a student at Laurentian University, taking a Masters in Forensic Science. On the Dean’s Honour List for her undergraduate degree, she has the potential to achieve her goal of being a forensic DNA analyst, possibly with the RCMP, OPP or other law enforcement agencies. She has worked for many summers at the Sunnyside-Gus Ryder Pool, keeping a massive volume of patrons safe. In the community, she has volunteered at various church and secular events – all with the goal of strengthening the community she is part of. We wish Melanie all the very best with her studies!